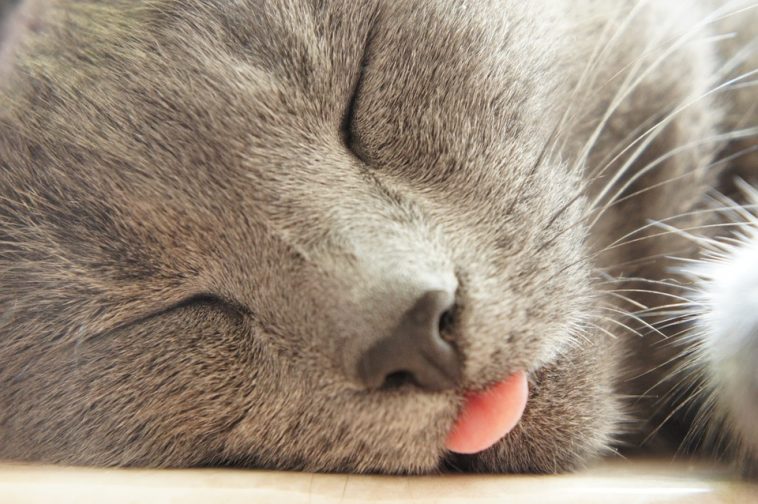 My cat sticks out his tongue and I would like to know why. I worry it could be related to his health and need to know if there is something wrong with him… If you like the article, take a look at our pet fountain. For many of us, when a cat sticks out his tongue, it is an unfamiliar picture for us. Some are worried that maybe something is wrong with their furry darling, others are just curious and ask themselves, “Why does my cat do this?” A hanging tongue in a cat can have several causes, most of them – but not all of them – are harmless. 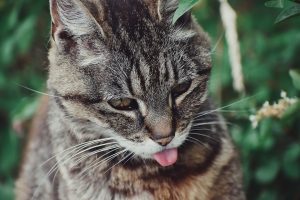 There are several reasons why a cat may stick out his/her tongue.

There’s nothing to worry about if your fur nose lures the tongue out in very relaxed situations. Some cats sometimes slip their tongues while sleeping or dozing. Some experts even interpret the outstretched tongue as a sign of well-being in such situations. Others see it as more of a behaviour that can occur while sleeping. Especially often the tongue sticks out in cats, which lack some teeth in the front, which otherwise help to keep the tongue in the oral cavity. It also happens every now and then that cats clean themselves and are meanwhile distracted by something and with still outstretched tongue turn to another activity. At this moment they forget to feed the tongue again.

If my cat sticks out his tongue, is it a harmless habit or dangerous problem?

Another completely harmless behavioural pattern for cats can also be the reason for a hanging tongue. Like many other mammals, our cats have a Vomeronasales organ, with which they can perceive pheromones. They do this by pleading, that is, they open their mouths. Sometimes, they stick their tongues out to absorb specific odours. During the plea, the animals often seem a bit absent. 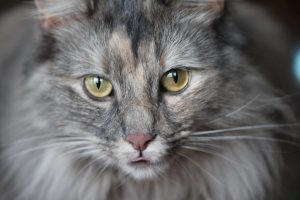 Cats may stick out their tongue to absolve pheromone odours.

Nevertheless, a hanging tongue in the cat can also indicate a serious problem. For a first assessment, it is important that you, as a cat owner, pay attention to whether your cat breathes more quickly and/or strenuously, has an increased saliva or has problems drinking and eating. In such cases you should not hesitate to visit a veterinarian. There is a risk of your cat suffering from shortness of breath. For example from an insect bite in the throat or esophagus. Also, intake of poison could cause such symptoms.

If your cat has never let his tongue hang out before and now does it increasingly pronounced or constantly, a vet visit is also advisable. In such cases, there is a possibility that a mechanical obstacle such as a foreign body, an abscess or even a tumour in the oral cavity is responsible for it. In this case, depending on the size and location of the obstacle, your cat may find it difficult to retract the tongue. Overall, as an attentive cat lover I can assure you that your favourite cat sticks his out his tongue. It is usually no cause for concern. Just make sure you pay attention to the described warning signs that indicate serious problems. If your cat is experiencing other similar habits, for example he is drooling when he sleeps, check out this article here.