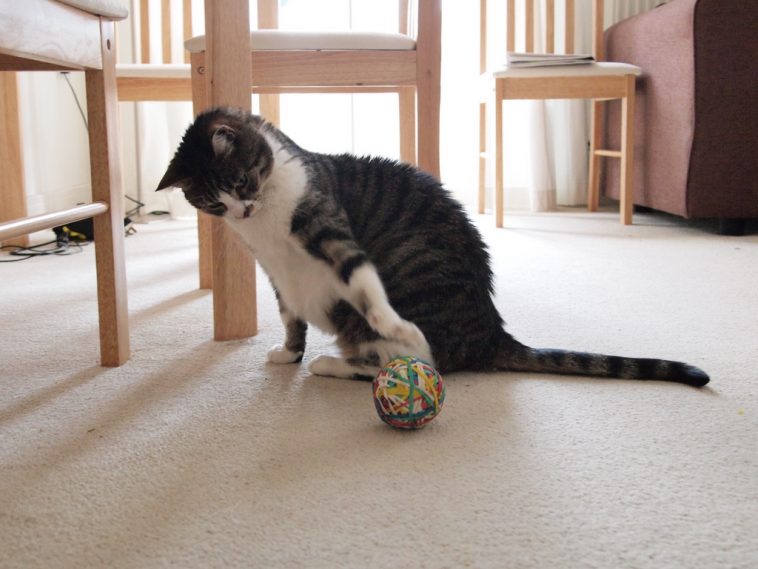 A few days ago while I had my nose buried in paperwork, a “pling-pling-pling” sound coming from behind me caught my attention. I turned around and saw my youngest cat Bella playing with a rubber band that was holding a bunch of paper together. She was strumming it like a rockstar playing the guitar, and she was clearly enjoying herself immensely. I secretly hoped the rubber band would break and hit her just softly on the nose, not really hurting her, but just enough for her to make the association that rubber bands are dangerous. I found myself wondering what would happen if my cat ate a rubber band. 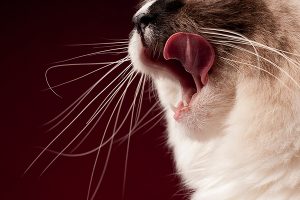 Rubber bands are indeed dangerous. While they are a source of fascination for many cats, not a few have eaten rubber bands, either deliberately or accidentally. Now, what should you do when your cat ate a rubber band? First, open its mouth and check inside. If the rubber band is still inside and it is free to move in the mouth, remove it immediately. If the rubber band was cut and one end has twisted and anchored itself to structures in the mouth like the base of the tongue, or it has been partially swallowed already, do not attempt to pull the rubber band and removing it manually. Doing so may cause damage to the lining of the mouth and esophagus (the food pipe). Instead, take your cat to the veterinarian. Follow this same advice if you see a rubber band partially hanging out of your cat’s anus.

If you don’t see any rubber band in the mouth upon examining it, a prompt visit to the veterinarian would be ideal. However, it is true that sometimes, small foreign objects will pass through the gastrointestinal tract (GIT) uneventfully. Occasionally, a cat can even cough up the rubber band. Therefore, in some cases, you an use the wait-and-see approach, but do this only if the cat is not showing any signs of distress. You should observe your cat very carefully for any changes in behavior and abnormal signs like gagging, retching and vomiting. Check the litterbox every time she passes stool and see if the rubber band is there. 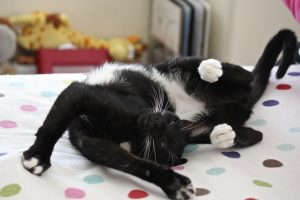 Failure of the rubber band to pass within 24 to 48 hours may mean that it is not moving inside the GIT. This situation, especially if your cat is vomiting, necessitates a visit to the veterinarian immediately.

Rubber Bands Can Saw A Hole In The Gut

If the cat cut and ate the rubber band, one end could become trapped in the stomach while the other passes into the intestine. The presence of a linear foreign body, like a rubber band, in the intestine may lead to “Intussusception”. Big word, yes! It simply means that during normal intestinal movement, when there is an immobile foreign body stuck inside, the intestine slides within itself to make one portion go under the adjacent portion. This is known as “telescoping”, in reference to how a telescope tube folds in on itself. We don’t have to go into the details about how it happens, suffice it to say that this telescoping condition may develop when a foreign object is in the intestine. The most common sign of this condition is when a cat vomits. The cat will also show general depression and loss of appetite. If the cat passes faeces, it will be soft and jelly-like in appearance and may contain blood.

When the intestine “telescopes”, this blocks the normal passage of food through the GIT. This blockage can further irritate the intestines so its movements will increase further creating a “sawing” action against the trapped rubber band and this repeated motion can actually cut through the intestine resulting in a hole in the intestine! Telescoping cuts off the blood supply to one section of the intestine quickly causing death of bowel tissue. This allows bacteria and toxins which trapped food produces and dying tissue to be more easily absorbed into the bloodstream. Also, when the intestine dies, its lining becomes fragile and can tear easily. This tear, same as the hole produced by the “sawing” action described above, can cause intestinal contents to spill into the abdominal cavity resulting in infection and inflammation of the abdomen. When this happens, the animal will show signs of fever and severe abdominal pain in addition to vomiting. This situation can deteriorate pretty rapidly and your cat can go into a state of shock and may die. It is necessary in most cases to correct intestinal telescoping and remove the rubber band. 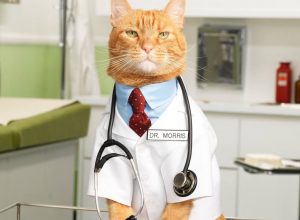 Recognition of telescoping symptoms and prompt action by a vigilant cat parent can lead to early veterinary intervention. Early intervention is more likely to be successful. If you ignore the symptoms in hope that it will eventually resolve itself, this puts the cat in danger. It may not be able to survive surgery due to experiencing advanced dehydration, severe infection, and early stages of shock. Going back to little Bella, the rubber band did break but it did not hurt her. After it broke, she immediately lost interest in it and went on to play with her favorite toy, Mr. Giraffe. But some cats, especially kittens, are curious enough to taste and sometimes eat rubber bands! So cat parents keep those rubber bands in containers away from the reach of your fur babies. This simple act saves you and your cat from a whole lot of trouble! You might also be interested in: My Cat Ate a Piece of Plastic